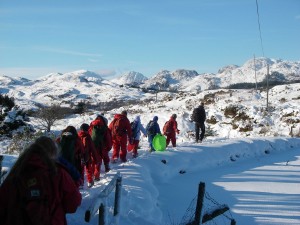 With Christmas approaching, and the end of term imminent, It’s the end of an era at Nant as we say goodbye to our established admin team.  Both Becky and Pam have kept us all in check running an efficient friendly office for as long as I can remember.  Pam left us officially in July, although she has been spotted in the Nant Office saving the day once or twice since then.. and Becky will be finishing at Christmas.  Both have decided that retirement beckons and we wish them well with their future holiday and travel plans.

Which means we welcome Cleo and Becky, our new admin team.  I’m sure it won’t be long before they have us back in order, and normal efficiency will resume.  So if you hear a new voice on the end of the line, or receive an e-mail from an unfamiliar name.. It’s them.

And with the New Year we see another temporary change.  Our Deputy Head, Chris, has decided to take his family on an ‘awfully big adventure’.  He’s taking a sabbatical for two terms, and moving to France.  Skiing, Walking, Climbing, Running, Croissants and Wine will be on the cards until he returns for the start of the 2017 academic year in September.  Until then, Jenny is still Head, and Sheryl will be trying to keep on top of the other bits and bobs.  Safe travels Mr. Near..